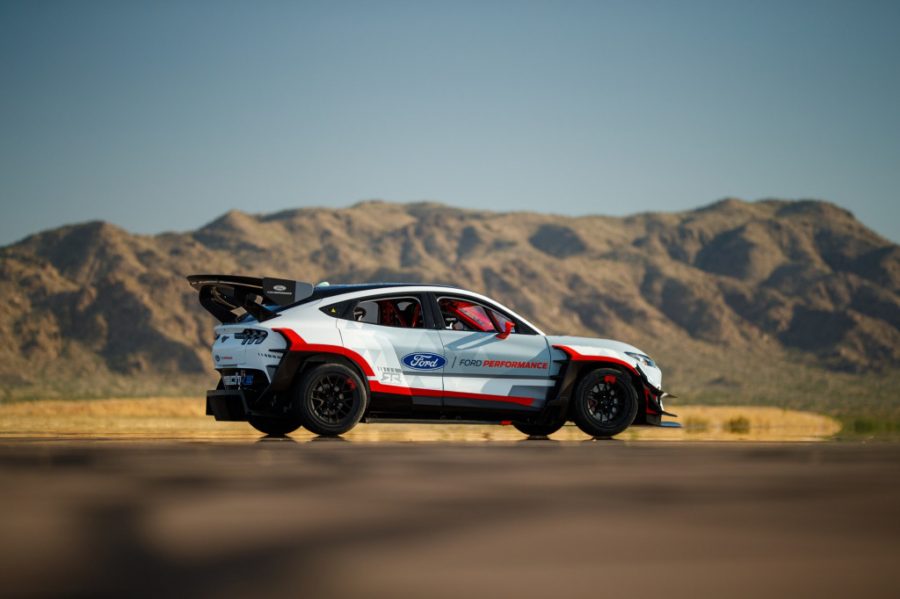 What’s the best way to tease Americans who might not otherwise consider an electric car with a glimpse of EVs’ true performance potential? Take an insanely overpowered, seven-motor Ford Mustang Mach-E electric drift machine where the Cheetah Launch Teslas rarely run: to a NASCAR race.

The Mustang Mach-E 1400 is based on the upcoming 2021 Mach-E electric SUV and follows the traditional coupe-bodied Mustang Cobra Jet 1400 electric drag-racer revealed earlier this spring and cranks it up even higher, “to demonstrate the performance possibilities of electric propulsion,” according to Ford.

Ford says that the Mach-E 1400 will debut at NASCAR—well, to shed the smirk, not to the race itself but to a NASCAR event soon.

Like the Cobra Jet 1400, the Mach-E 1400 produces a projected 1,400 horsepower and has seven motors. Three of those are attached to the front differential, and four of them are in a pancake stack in back, with a single driveshaft connecting them to the differentials.

The special Mach-E, built off a Mach-E GT body-in-white in a design collaboration with RTR Vehicles, “is aimed at bridging the gap between what an electric vehicle can do and what customers tend to believe it can do.” 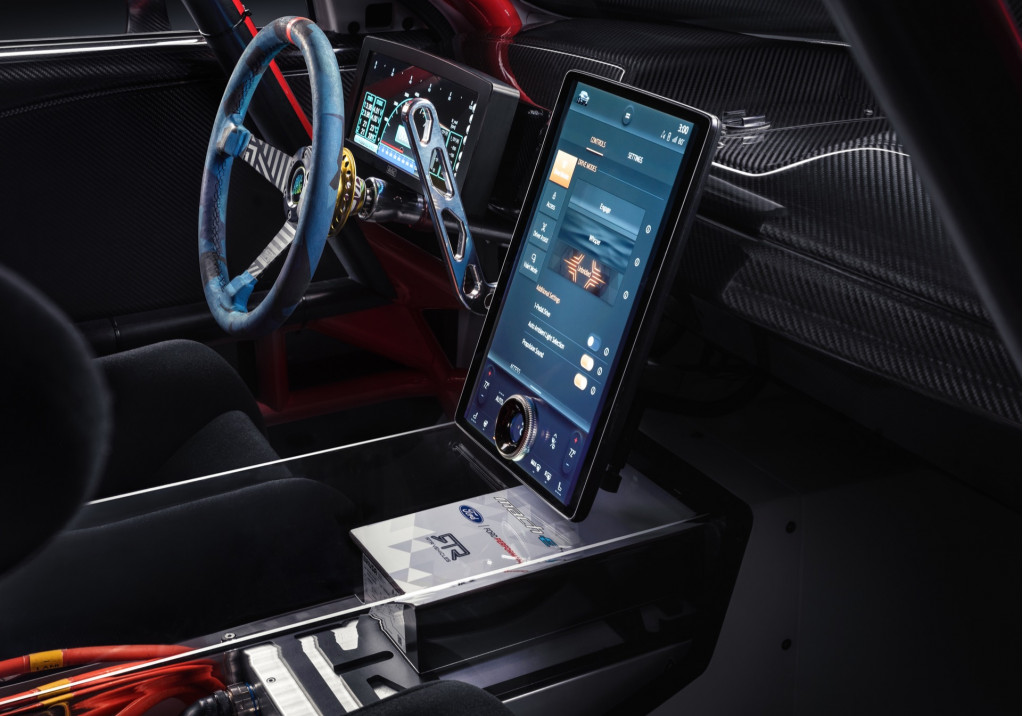 With that, Ford says there’s flexibility for a wide range of needs from drifting to high-speed racing stability. And in the interest of some fancy-dancing, the car has a hydraulic handbrake system for drifting that coordinates with the propulsion system to briefly shut down power to the rear.

In all its ridiculousness, Ford says that the car serves a development purpose. Its chassis and powertrain will help evaluate different drivetrain layouts and how they affect efficiency and performance. Ford notes that in a drifting setup it might use a different steering or front suspension setup.

There’s a different kind of battery pack in the Mach-E 1400, too. In the 58.8-kwh pack, Ford is using nickel manganese cobalt pouch cells. No need to be so concerned about driving range here; they’re intended for high discharge rates, and a di-electric cooling system helps keep the system cool. 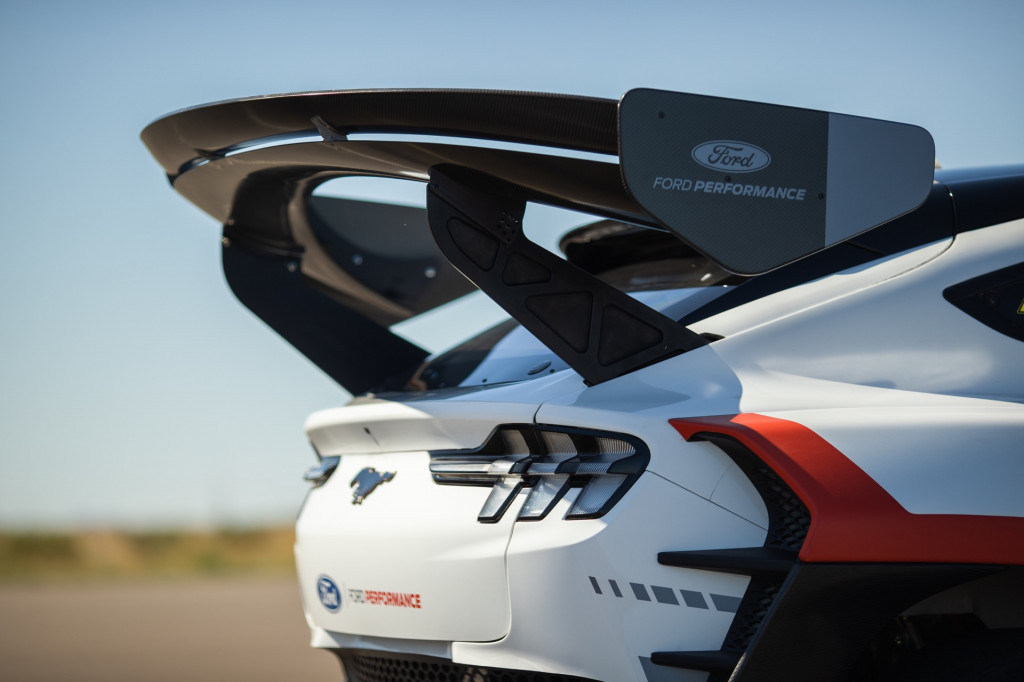 The team behind the vehicle followed some proven race strategies, like optimizing aerodynamics and focusing in on cooling ducts. There’s 2,300 pounds of downforce at 160 mph.

The hood is made of organic composite fibers, while the rest of the vehicle panels are made of carbon fiber.

In a press release on the project, RTR Vehicles founder Vaughn Gittin Jr. said the experience “is like nothing you’ve ever imagined, except for maybe a magnetic roller coaster.”

The corresponding video (below) shows Gittin running the Mach-E 1400 through a battery of dynamic tests versus several noteworthy internal-combustion Mustangs, with some coordinated drifts part of the fun. And an excessive amount of tire smoke.

That circles back to Ford’s point, which here appears to be that EVs can be unbridled fun in the same way and hit some of the same performance benchmarks. Although taking this beast to a Formula E race would be singing to the choir, bringing it to a NASCAR race could potentially change a whole lot of minds about all-electric performance.

Sponsors
Mercedes Targets Tesla-Rivaling Range for Upcoming EQS EV Flagship
Volkswagen exhibits new ID4 SUV with a 40,000$ price tag and 250 mile range
Comments
Sponsors
Sponsors
Recent Posts
Categories
We use cookies to ensure that we give you the best experience on our website. If you continue to use this site we will assume that you are happy with it.OkNo