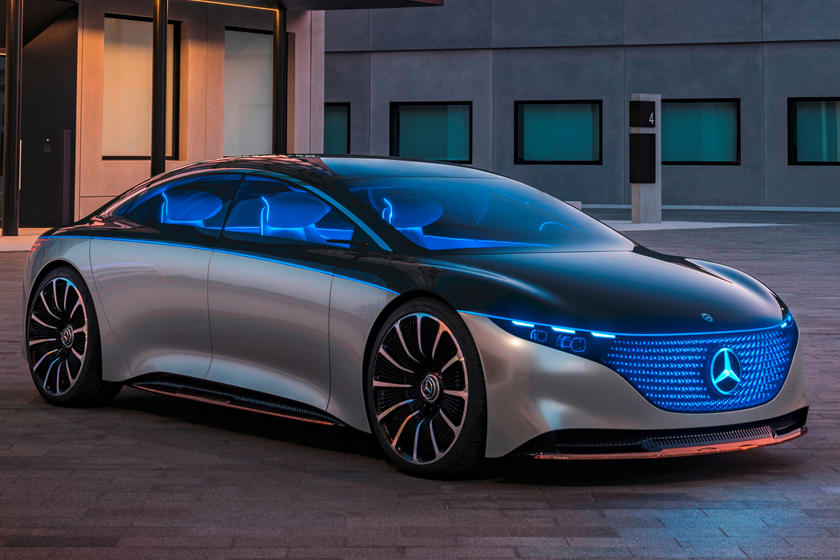 The electric-vehicle range race continues as automakers do their best to catch up with Tesla’s impressive numbers. Earlier this month Daimler chairman Ola Källenius told shareholders that the upcoming Mercedes-Benz EQS would have a range of over 435 miles (700 kilometers) using the non-U.S. WLTP rating system.

We still don’t know what that means for the EQS’s U.S.-specific EPA range number, as our agency uses a completely different series of tests to determine its range estimates. The longest-range Tesla Model S is rated at 402 miles by the EPA, so that will be the number to beat. Unfortunately, we don’t have an updated WLTP number out of Europe for the Model S Long Range Plus to compare it against the upcoming EQS’s initial claim. Typically, U.S. EPA numbers are lower than WLTP numbers: for example, the Hyundai Kona Electric is rated at 300 miles of range on the WLTP cycle and 258 miles on the EPA cycle.

Källenius said, “the EQS will set standards,” and “with the EQS, the way we think about cars is changing.” This electric luxury sedan will be the first Mercedes based on its EVA all-electric architecture. The long range estimate is essential if Mercedes wants the EQS to compete in the same league as the traditional S-Class. Electric vehicles with lower range estimates might appease early adopters, but those shopping in this high-end segment will likely expect something better.

No official word on exactly when the EQS will go into production but we’re expecting it to hit the line sometime in 2021.

Sponsors
Sweden’s Northvolt will make $2.3B of electric car batteries for BMW
Ford is taking a seven-motor, 1,400-hp Mustang Mach-E to NASCAR
Comments
Sponsors
Sponsors
Recent Posts
Categories
We use cookies to ensure that we give you the best experience on our website. If you continue to use this site we will assume that you are happy with it.OkNo