Rimac has made its new Hypercar ‘Hammond-Proof’ 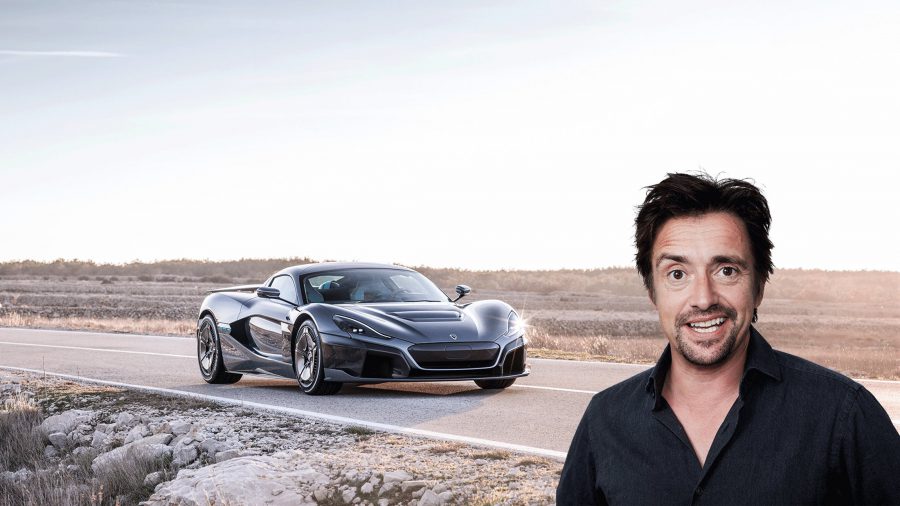 Rimac has stolen the show at Geneva with its latest hypercar, the C_Two. Claiming 0-60mph sprint times of 1.85 seconds and topping out at 258mph thanks to a truly titanic 1914hp, the C_Two has furthered the all-electric hypercar game well past the realms of internal combustion.

And due to a well placed safety feature, Rimac has made the car ‘Richard Hammond-proof’ thanks to one of the greatest pieces of trolling ever seen in the car industry.

The Croatian EV supercar company has placed a svelte, tailored fire extinguisher into the rear ‘engine bay’/boot, with the securing strap reading ‘IN CASE OF HILLCLIMB, EXTINGUISH FIRE’.

This is rather cheeky…

We grabbed Richard for a response to this blatant jibe and he replied to this trolling with typical class, saying: “I’m delighted. I’ve always wanted to have a real influence in car design. And now I have.”

GO ON Hammond! Give as much as you get.

All of us petrolheads probably wish we could have as much of an affect on a car’s design as this ‘touching’ detail from Rimac, essentially commemorating Hammond’s unfortunate situation when hillclimbing in the company’s first hypercar in 2017.

Just in case you’ve been in a cave in some far flung land for the past year, our very own Richard Hammond had a bit of an issue when he crashed a Rimac Concept One while racing in a hillclimb event in Switzerland last summer.

And although this new hypercar is around 700hp MORE powerful than its predecessor, the company has emphasised that it is “capable of engaging and exciting anyone, from novice to experienced racer”.

So basically there’s no excuse for toppling off a hill in the C_Two, but – if it were to happen – Rimac has positioned the crafted extinguisher for easy access after, say, a 300-foot tumble off a Swiss mountain road results in some flammage.

This has got us thinking – what design features could automakers engineer into their cars based on the exploits of Clarkson and May? Possibly bottled Pneumonia in the glovebox of the new Jaguar I-Pace? Or a perfectly spaced and organised toolkit under the boot floor of the new 8-Series for some engine tinkering?

Sponsors
Next generation Formula E Car breaks cover in Geneva
2018 Jaguar I-Pace revealed – prices, specs and release date
Comments
Sponsors
Sponsors
Recent Posts
Categories
We use cookies to ensure that we give you the best experience on our website. If you continue to use this site we will assume that you are happy with it.OkNo